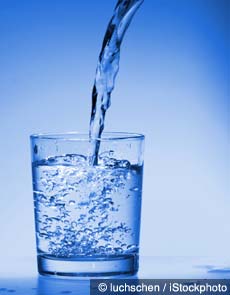 It’s a well-established fact that clean, pure water is a foundational cornerstone of good health. What’s open for discussion, however, is what constitutes “clean, pure water.”

There are many opinions and much confusion about which kind of water imparts the greatest health benefits, particularly when it comes to its pH.

I recently addressed the danger of alkaline water. In this segment I’ll address distilled water, and review the pro’s and con’s of reverse osmosis water filtration. Since most water sources are now severely polluted, the issue of water filtration and purification couldn’t be more important.

It’s unfortunate, but the value of plain water is vastly underrated by most experts when it comes to achieving optimal health.

I’m convinced that we could prevent many of our chronic health problems if we would simply start replacing all soda and nearly all commercial fruit juices with pure water.

As you may know by now, the number one source of calories in the U.S. comes from high fructose corn syrup primarily in the form of soda. Americans drink an average of one gallon of soda each week, and this excessive fructose consumption is a driving force behind obesity and chronic degenerative disease in this country.

Drinking alkaline or ionized water, however, is not a healthful choice in the long run, and as you will see, neither is drinking distilled water…

Why I Do Not Recommend Drinking Distilled Water

Long before natural health enthusiasts began touting the benefits of alkaline water, there were similarly glowing claims for distilled water.

During distillation, water is boiled and evaporated away from its dissolved minerals, and then the vapor is condensed and the resulting water droplets collected. Distilled water is an active absorber, and when it makes contact with air, it quickly absorbs carbon dioxide and becomes acidic.

Since it is free of dissolved minerals and other particles, it has the ability to absorb toxic substances from your body and eliminate them.

However, although drinking distilled water may be helpful when detoxifying for a week or two, the longer you drink it, the more likely you’ll develop mineral deficiencies and an acidic state.

You can rapidly lose electrolytes (sodium, potassium, chloride) and trace minerals, which can cause cardiac irregularities, high blood pressure, and cognitive/emotional disturbances.

In a paper by F. Kozisek of the World Health Organization (WHO), water low in calcium and magnesium, such as distilled water, is associated with the following health problems:

Clearly, changing the water you drink can have profound and potentially disastrous effects on your health, as this research shows.

For these reasons, I’ve been discouraging people from drinking distilled water for well over a decade now, but there are other far more problematic issues with distilled water that make potential mineral deficiencies pale in comparison.

One of the primary benefits commonly attributed to distilled water is its lack of contaminants.

However, this usually turns out to be far from true…

There are two primary reasons why your distilled water may not be as pure as you’d like to think:

The Most Shocking Fact About Distilled Water

In recent years we’ve learned a lot about the dangers of disinfection byproducts (DBPs) found in most treated water supplies, such as trihalomethanes (THMs) and haloacetic acids (HAAs).

These DBPs form when water treatment disinfectants such as chlorine, chloramines, and chlorine dioxide react with natural organic matter in the source water.

Researchers have now discovered that DBPs are over 10,000 times more toxic than chlorine, and out of all the other toxins and contaminations present in your water, such as fluoride and miscellaneous pharmaceutical drugs, DBPs may be the absolute worst.

Trihalomethanes (THMs), for example, are Cancer Group B carcinogens, meaning they’ve been shown to cause cancer in laboratory animals. They’ve also been linked to reproductive problems in both animals and humans, and human studies suggest that lifetime consumption of chlorine-treated water can more than double the risk of bladder and rectal cancers in certain individuals.

The process of distilling actually worsens the presence of these extremely toxic contaminants in your water because anything that vaporizes at a lower temperature than water, such as volatile organic compounds (VOC’s and trihalomethanes (THM’s), will also be boiled and condensed.

Sure, the heavy metals are left behind. Lead, for example, will not vaporize. But chlorine will change into chloroform during the distillation process, and will be present in your distilled water.

So, not only will distillation not remove one of the most significant toxins in water, which are the DBPs, it may actually deliver a more concentrated dose of them.

AND, you’re also drinking whatever chemical or metal contaminants the water has dissolved out of the container it’s stored in!

Talk about a double-whammy of toxic contamination!

This fact alone should be reason enough to ditch the idea that distilled water might be good for you, unless you start with entirely pure water to begin with, which defeats the whole purpose of distilling it.

Remember that every municipal water supply is treated with chlorine or chlorine like substance that will induce the formation of disinfection byproducts in your water supply. So unless you are using the distiller on well water, you need to be very concerned about this.

Many of these are industrial organic solvents that are very destructive to the human body. Many if not most of them are carcinogenic at extremely low levels.

DBPs, for example, are measured in parts per BILLION, and the US Environmental Protection Agency (EPA) sets the goal for some of these byproducts at zero because they are so dangerous. Unfortunately the EPA goal is impossible to enforce.

It goes without saying that if distilling were to concentrate these contaminants just a little bit, the consequences to your health could be quite severe.

So, in the end, distilled water:

On the positive side, it may help draw out toxins during a short-term detoxification program, but all in all, I believe the drawbacks are stacked quite high and clearly outweigh any perceived benefit.

A Special Note on Removing Fluoride from Your Drinking Water

Distillation also will not effectively remove fluoride, another dangerous element added to most water supplies.

Currently, the only commercially viable way to get non-detectable levels of fluoride (in water that is been treated with fluoride) that I know of is using an activated aluminum filtration system. However, I’m not convinced it will remove all volatile compounds…

The real solution is to convince the US to stop water fluoridation altogether, a campaign I’m currently waging together with the Fluoride Action Network.

I urge you to join us and get involved at any level you can.

If this is a topic that interests you, I would strongly encourage you to sign up for their site as we are shortly going to launch a social networking strategy that will allow you to network with those in your local community so you can initiate the process to have fluoride removed from your water supply.

This is clearly the best solution and it will also produce an improvement in the public health of your community, so you would be doing a major service for your uninformed and deceived neighbors.